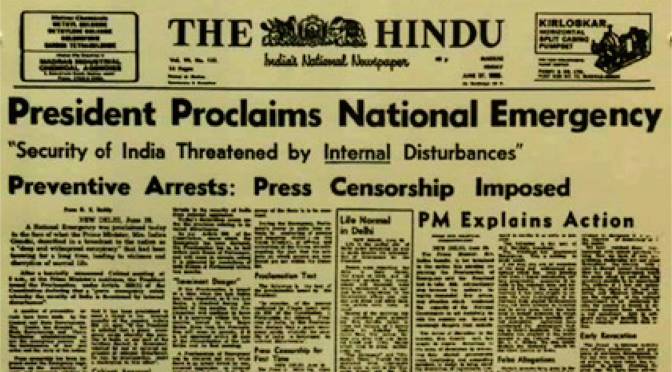 Brinda Somaya explains a critical period of architecture practice in India that connects the ‘masters’ to the contemporary practices outlining the nature of work in an era that helped India come to terms with its modernity by minting the term ‘The Bridge Generation’.

I believe I belong to the first generation of practising Architects to be born after India got her freedom.  For ease of reference and to give us a sense of identity I have coined the term “Architecture in India – The Bridge Generation” after a great deal of reflection and thought.  The term evolved in my mind as I believe we ‘bridged’ the architectural space between the Great Masters and the current generation that continues to enter the global architectural space.

The Masters of the post Independence decades of the ’50s, ’60s and ’70s were the early pioneers of Contemporary Architecture of Independent India.  Achyut Kanvinde, Balkrishna Doshi, Charles Correa, Anant Raje and Raj Rewal – we were in awe of them then and their work continues to inspire us all even now.  Pandit Nehru and other visionary leaders of that time saw the importance of Architecture in shaping and creating a context for the new India. The Masters responded to this challenge and broke away from the mainstream Colonial Architecture of that time.  They responded to the challenge to take the first steps in a new direction.  Iconic architects like Le Corbusier and Louis Kahn were invited to build in this new environment and with the Masters created new cities and buildings that laid the foundation for our post independence Architecture.  As students and young professionals these were our heroes.  To find a place in their world was an impossible dream.

‘The Bridge Generation’ grew up and came of age in the decades following India’s independence.  That period had its own dreams and character.  Because of that, a special awareness and excitement existed that both India and we as young architects, were at the start of a new era.  We felt that we were now empowered to create our own scripts.  Looking back I am sure that the Masters inspired and influenced us in our professional journeys in many ways and they had courage and genius. The Bridge Generation developed and cemented this further by understanding the realities of the decades we worked in.

And we struggled….  We experienced difficult years during the Emergency and also during the later years working in an isolated India and an India of shortages of every kind.  We worked in an India with poor communication and little or no patronage particularly from the Government.

And we struggled.… but we built.  We built for the rural and urban population, for the rich and the poor, we became activists for protecting our built and un-built heritage and fought for our open spaces and our cities.  We also built appropriately.  ‘The Bridge Generation’ included many stalwarts including but certainly not limited to Sanjay Mohe, Prem Chandavarkar, Hafeez Contractor, Nimish Patel and Parul Zaveri, Meena Mani, Ashok Lall, Shirish Beri, Pradeep Sachdeva, Revati Kamath, Neelkanth Chhaya and A.G. Krishna Menon.  We built our practices in the late ’70s and early ’80s and many of us are still successfully practising, teaching and participating in the architectural space of today.

I believe that The Bridge Generation provided a solid platform from which the next generation could leap into the new India.  The ‘Under Forties’ are now bringing in new and bold Architecture into India and their role in the twenty-first century Architecture of India will come under scrutiny decades from now.  The work of The Bridge Generation needs to be carefully studied and evaluated in a historic context, in the India of the eighties and nineties and the beginning of this century when massive changes in technology and opening up of the economy ushered in a period of dramatic transformations and new opportunities.  How this change affected today’s quality of Architecture and the profession itself will need to be assessed many decades from now when one looks back at this time.

Perhaps the time has now come to acknowledge the role The Bridge Generation played in the development of Architecture in India and thus correctly identify our place in the history of our country.

Dr. Brinda Somaya heads Somaya & Kalappa, a Mumbai-based architecture and urban-design practice and chairs the HECAR Foundation – a non-profit organisation that works in domains of heritage, architecture, history and urbanism.

Cover Image: From The Hindu Archives

One thought on “Architecture in India – The Bridge Generation”