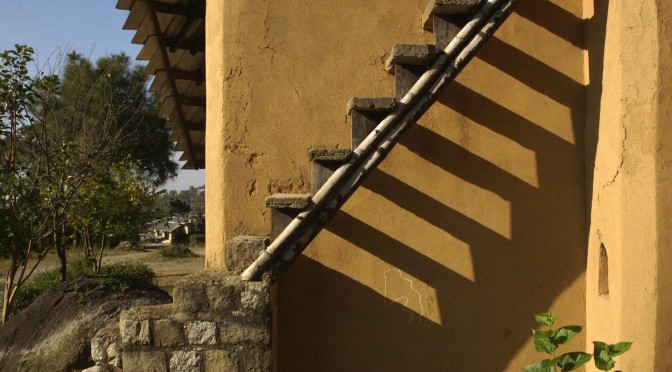 Resonating with the mindfulness of architect Didi Contractor’s approach to her work and life, Joginder Singh’s book ‘An Adobe Revival – Didi Contractor’s Architecture’ and the documentary ‘Didi Contractor – Marrying the Earth to the Building’ by Steffi Giaracuni, together encapsulate the unique sensibility with which Didi diligently continues to pursue an architecture that is embedded in a holistic sensorial experience.

The film unassumingly opens with the architect seated at her drawing board, sketching while deep in thought in the comfort of her warm mud abode amidst the stunning views of the Kangra Valley. Born to Expressionist Painters associated with the Bauhaus group of the 1920s, Didi pursued an education in art although keenly drawn towards architecture and design. Having moved to the hills, she set up a practice much later in life with a core ideology rooted in the understanding of local material and construction techniques.

“The design sense is nurtured by what we see but also by how we see it.” – Didi Contractor

Captured through the lens of architect turned photographer Joginder Singh, the book is a culmination of seven years of a self-initiated documentation project compiling the complete oeuvre of Didi Contractor– the artist, environmentalist and architect- in the form of a visual dialogue between buildings, textures, details, landscapes and fragments of interior spaces. A rich contemplative outcome, the book offers an insight into the humaneness of Didi’s work with a keen focus on the remarkable play of light against the carefully finished adobe surfaces that leaves little to be said. The narrative is complemented with excerpts quoting Didi’s philosophy, ideology and learnings about the built-environment and the ‘earth’ over the years.

An intently designed book, it is unlike any architectural monograph, almost analogous to the manner in which Didi’s approach challenges mainstream architecture. 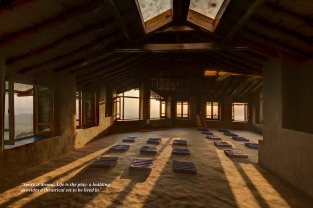 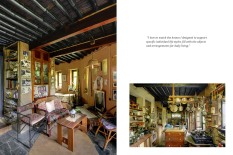 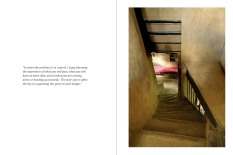 In the innate homogeneity and playfulness of her architecture that is evident in the featured photographs, a resolute sense of engineering crafted into all her buildings reveals itself to the reader. Creating and building by absorbing the context, Didi’s architecture is visibly free from self-conscious aesthetics- imparting a certain intuitive ingenuity to her work. The rigour of mud is intently documented through Joginder’s photography, showcasing a tactile quality in the different finishes and the malleability of mud as a building material. Additionally, these images evoke a sense of ‘being’ inside the space by virtue of the light captured in every single composition. Balancing the principles of the ‘traditional’ and aspirations of the ‘contemporary’, the architecture of Didi Contractor indulges in innovation with building material and craft- marrying knowledge and technique. 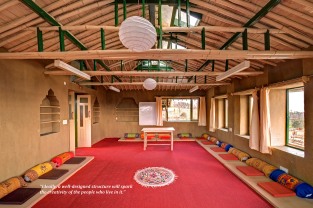 But for someone who has never visited a building designed by Didi Contractor, the book leaves you wanting to know more about her projects, their programmes and the methods of construction deployed, for instance. The documentary ‘Didi Contractor- Marrying the Earth to the Building’ subliminally partakes in this narrative capturing nuances from the place and its people, investigating the source of her astute design sensibilities.

Much like Didi’s work the pace of the documentary is slow and gentle, generously dwelling on the context and the richness embedded in every frame with myriad meditative shots capturing the passing of a day to the changing of seasons.

Sequenced as a string of narratives, multiple voices feature in the telling of the 82-minute tale of an intimate practice. From candid conversations with her former clients and associates to up-close and personal footage of her everyday life including shots of Didi tending to her garden, feeding her parrot and attending site-visits; the film renders portraiture of the guardian-architect that she is.

Showcasing projects in the private and social realm, the feature covers people who live in the visions realised by the 86-year-old architect. Each of these curated projects discusses aspects that are integral to the ambition of Didi’s practice including their programmatic, economic and ecological significance in the sustenance of social well-being of the impacted communities. Her idea of sustainability is explored further through her involvement in training and passing on innovative knowledge to the younger generations of the village in the hope that they continue to practice and evolve this idea of a ‘localised architecture’.

Still from the Film: A visit to the site- Didi Contractor

Still from the Film: In-between a discussion on site – Didi Contractor 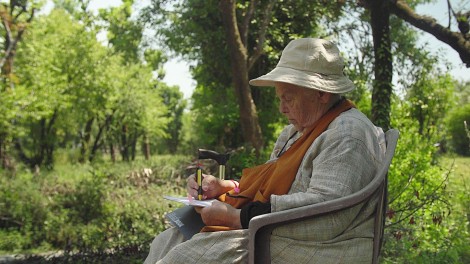 Still from the Film: In her garden – Didi Contractor

Using drawing as a tool for self-discovery, Didi Contractor is a self-taught architect. Appealing to new ways of thinking about uniting the earth and the building, her work subtly inspires an alternate way of life. An inherent sense of spontaneity in the architecture is disclosed in the way the camerawork explores Didi’s processes and buildings with relation to place, its environs and the natural materials that make the topography- sometimes all of it captured in a single frame. Her sense of scale and proportion draw from experiences more than books as she makes quick sketches, careful corrections and then proportions them on-site with confident accuracy. The film captures several instances of the architect engaging in conversations over the drawing board and sometimes in the silence of her own home, introspecting on design drawings.

Published as a book and released as a documentary in the same year, the two distinct narratives find common ground in the pursuit of virtually documenting the essence of time, place and material across Didi’s work and facets of her life in the Valley.

Both, Joginder and Steffi choreograph much of the narrative with Didi’s voice in the foreground. In the book, an autobiographical account titled ‘On Self and Work’ reflects on her early beginnings and ambitions for her own practice, defining her concepts of affordability and sustainability. While in a closing essay titled ‘Ruminations’, Didi contemplates on the state of our natural environment stressing on the urgency to reflect on our actions and rethink our way forward as a race. 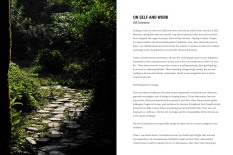 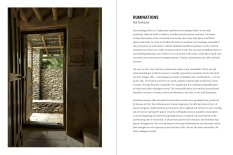 The film supplements these writings with a poetic vision of a life in deep communication with the environment, encouraging viewers to nurture their inner creative in the pursuit of a practice inspired by its land and people. A combined experience of reading the book and viewing the documentary seamlessly provides a thorough insight into the life and works of Didi Contractor. Each of the explorations presents a unique case study in the significance of documenting the essential intangibles of an architecture, stirring up enough curiosity about an unconventional but critically relevant practice ♦

Originally from India and now based out of Toronto, Canada  Joginder Singh specialises in Architectural Photography. Trained in Architecture, Joginder‘s photography focuses on the details that capture the essence of a space. His published works include Glimpses of Architecture in Kerala, Forts and Palaces of India, The Arts and Interiors of Rashtrapati Bhavan and Cosmic Dance in Stone. Joginder set up Immaterial that publishes intently curated and designed books. ‘An Adobe Revival – Didi Contractor’s Architecture‘ is published by Immaterial.

The publication of this book was made possible by a presale and the generous support of several individuals and organisations.

Born in Germany, Steffi Giaracuni has been living in Basel, Switzerland for 10 years. She studied media design at the Bauhaus University in Weimar, Germany and documentary filmmaking with a focus on camerawork at the ZeLIG – School for Documentary, Television and New Media in Bolzano, Italy. Having worked on several documentary film projects as a director, editor, camera operator and producer, ‘Didi Contractor – Marrying the Earth to the Building‘ is her first full-length documentary as a director and producer.

To Order
Online: View the film worldwide at myfilm.ch
DVD:  Can be ordered by email: didi_contractor_docu@icloud.com at a price of 45 CHF / 40 Euro plus postage

3 thoughts on “In Focus: The Architecture of Didi Contractor” 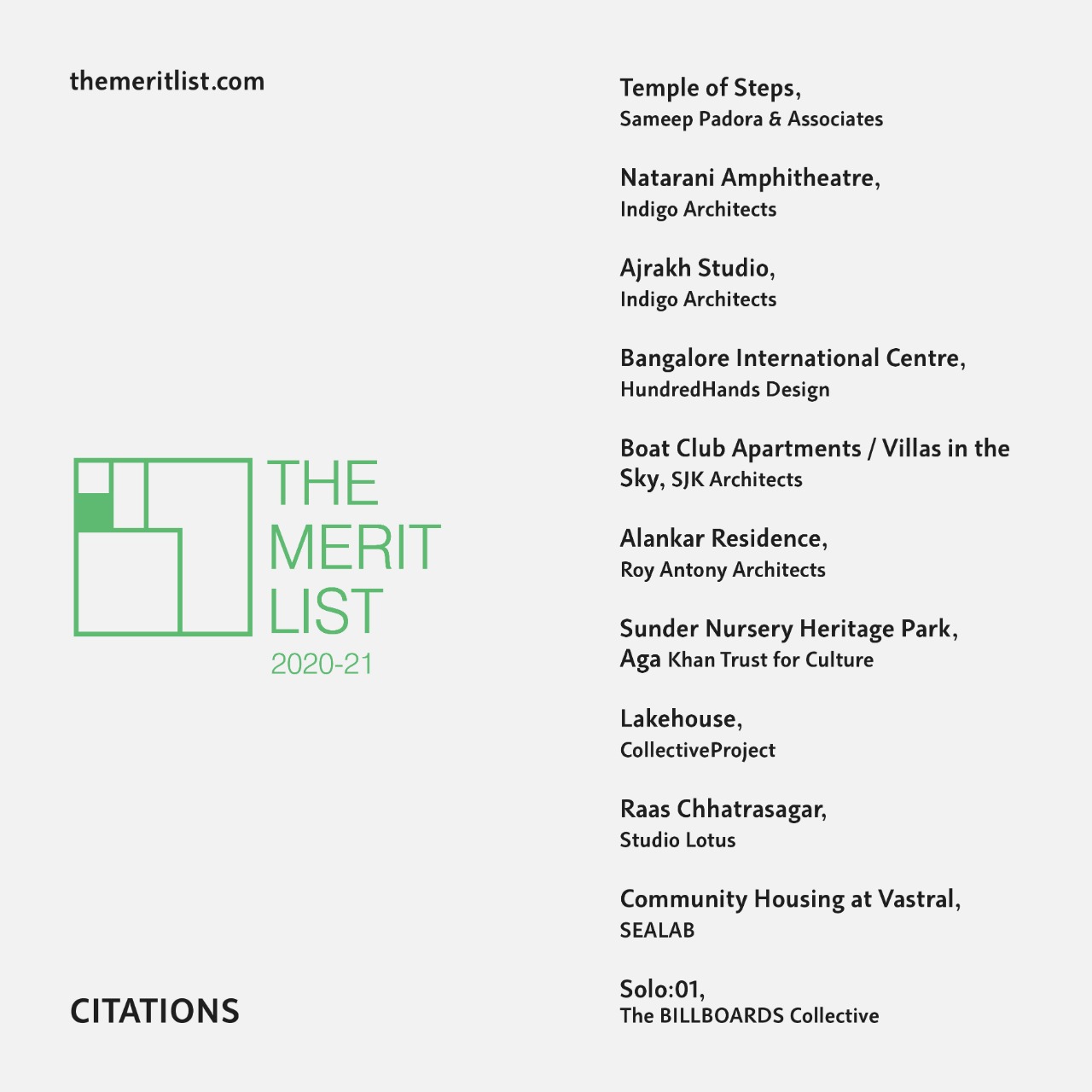 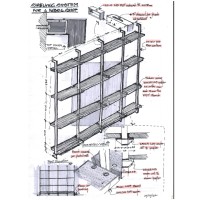 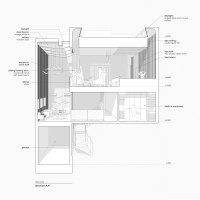 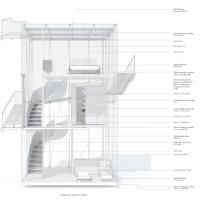